The Inn At Spry Point became a seacoast retreat through its beginnings as one of Canada’s first sustainable energy research facilities, and we invite you to take in the Island’s natural beauty as you relax on our serene peninsula.

“Those who contemplate the beauty of the earth find reserves of strength that will endure as life lasts.”
—Rachel Carson, Conservationist 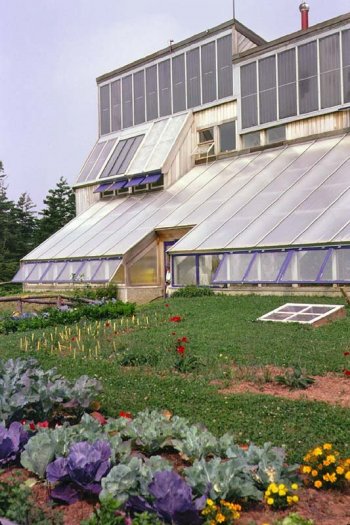 In its origin days in the 1970s as a research facility for sustainable energy, “The PEI Ark,” which served as the architectural footprint for The Inn, enabled United Nations and New Alchemy Institute scientists to experiment in self-sufficient housing. The project concluded in 1986, and three years later, after David Wilmer took a nearby summer home and turned it into a country inn and gourmet restaurant, a local community group collaborated with the provincial and federal governments to convert the Ark into an inn and restaurant.

Honoring the coastal property’s past, The Inn, physically, is a unique combination of multi-level, airy, open-feeling rooms, set in the original blueprint of the Ark, redesigned to serve as a restful retreat for guests wishing to escape to the stunning peninsula while re-charging with a PEI getaway. Operating sustainably through technologies that have positioned PEI on the leading edge of energy innovation and aquaculture, The Inn continues to utilize systems such as a self-purifying retention pond and groundwater heat pump systems to power the property.

The Innkeeper and Owner/Partner, David Wilmer, welcomes you to Spry Point, where he hopes you will enjoy the serene beach coast, trails, and colorful gardens outside, and inside, the restful, simple, yet sophisticated guestrooms and living rooms.

As a local innkeeper since 1989 (David was the founder of The Inn At Bay Fortune, the nearby inn and restaurant, which he operated for 26 years and was sold in 2015), David and his staff are eager to make your visit to PEI, and your stay at The Inn at Spry Point, a relaxing and memorable experience. Having summered on PEI since 1968, David, through his role as Innkeeper, seeks to share with his guests the charm and beauty of the Island, the appeal of which has made him and his family continue coming back for nearly five decades.


History of The PEI Ark


In 1999, Innkeeper David Wilmer purchased “The PEI Ark, a property originally built in 1976 by Ecological Designer John Todd of the New Alchemy Institute, as part of a UN Habitat’s Canadian Urban Demonstration Project. The project was built to explore self-sufficient housing in the wake of the 1970s energy crisis.” 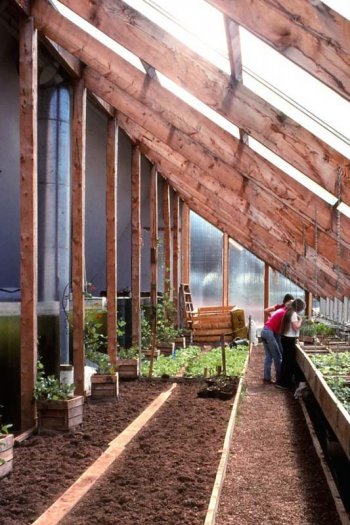 “Never doubt that a small group of thoughtful, committed citizens can change the world. Indeed, it is the only thing that ever has.”
—Margaret Mead, Cultural Anthropologist

The large, south-facing windows further served to heat the structure while also facilitating the photosynthetic processes required to sustain the aquaculture systems in 40 transparent tanks. Surplus heat energy from the greenhouse was stored in a 200-ton rock storage bin and could be used via a simple ventilation system and biological was composted with a Clivus Multrum system (an outhouse in the house).


Living lightly on the earth: building an Ark for Prince Edward Island, 1974-76
Looking to Canada's Past in Hopes of a Greener Architectural Future

To see the original building that predated The Inn, visit The Green Center website.

The Inn at Spry Point